The 24 Heures de Schopp, latest event in the rapidly growing SW German Klapprad racing scene was held last Friday and Saturday in the Schopp-o-drom aka the bike track in Schopp, a metropolis (1389 inhabitants) between Pirmasens and Kaiserslauten in Rheinland-Pfalz. A Klapprad is either the epitome of folding bicycle manufacture or one of those small wheeled folding bikes that were designed to be used to nip round to the baker's for couple of Brötchen (Rolls) for breakfast as long as the baker's was not more than 500 yards away.  Anymore than that and you spent the day crosseyed from the pain in your lower regions.
Klapprad racing is a fast growing sport. The rules of 24h racing are simple:
So what do the bikes look like?
Well originally something like this: 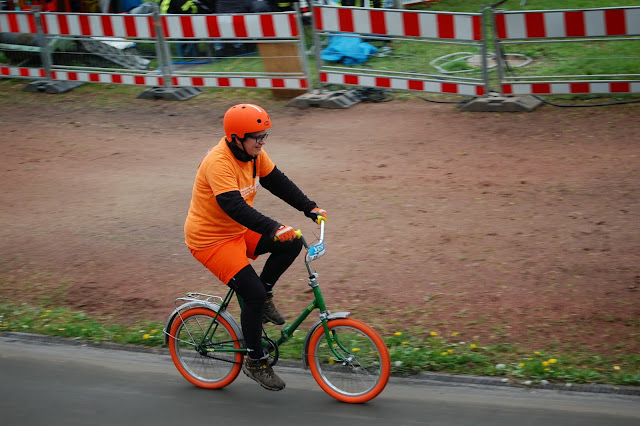 To get them to have a decent turn of speed you need to replace the wheels, fit narrower tyres and a bigger chain wheel (almost as big as the wheels): 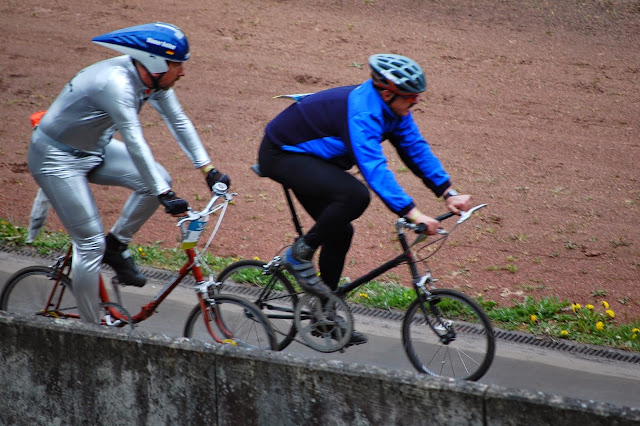 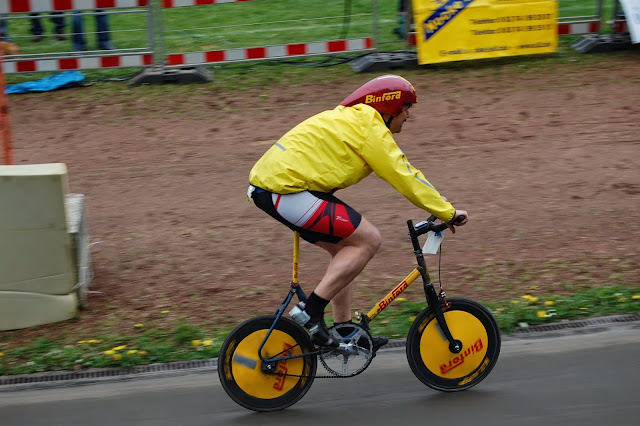 You slipstream the field and let someone else act as windbreak. This photograph also shows the bar codes worn by the contestants that allowed automatic counting of the number of rounds: 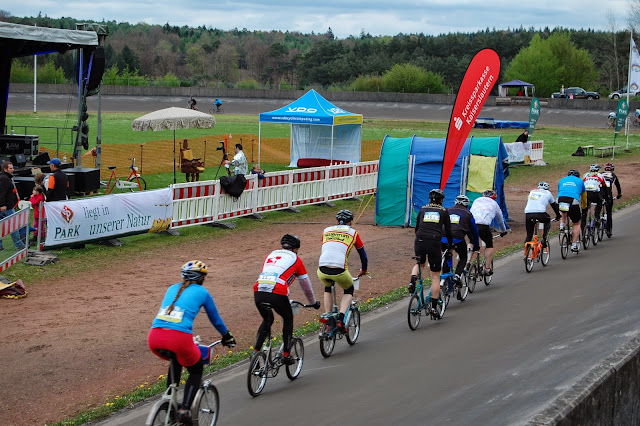 Another view of the same technique showing the field and the Klapp-o-drom: 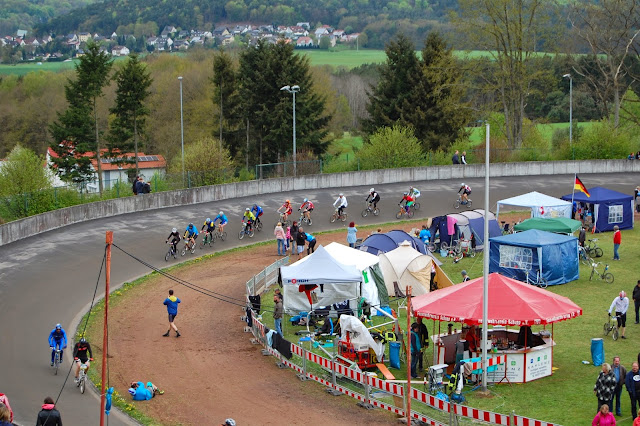 Not all the contestants seemed to address the race with the necessary earnestness: 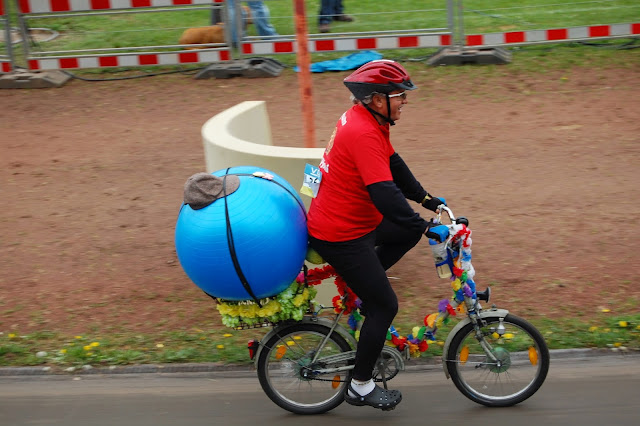 Thirty eight teams from all over Germany took part and the winner was the Capri Sonne team: 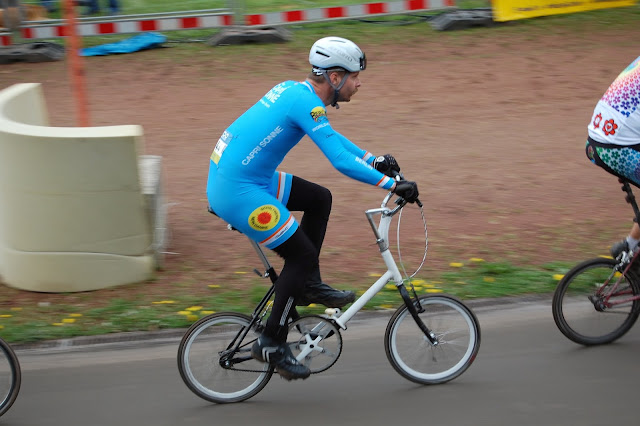 who covered 1860 laps of the .45km track, i.e. 837km in 24h at an average speed of just under 38.9 km/h. (This is not much under the fastest speed we've achieved cycling down the Gotthard Pass with a following wind - 45km/h on bikes with good brakes and gears. That was terrifying.) Second was Klapp Sabbath at 1843 laps. Third  place was taken by the Early4Birds Team with 1828 laps. Even the tail end Charlies: Team Honnecker, we take it from the former East Germany or at least their bikes were, managed an average speed of 18.4 km/h.

On a personal note we visited the event on Saturday afternoon almost at the end and should have introduced ourselves as members of the international press as we had to cough up 5€ a head to get in. Coffee and cake though were a very reasonable 1.50€. We also missed the riding in rain and darkness the night before which does not look as though it was enjoyable. We also wonder how much of the Pfalzer scenery the contestants saw in the dash round the circuit.  We'll see you guys in Kalmit or maybe in the Pfeiffertal on Whit Monday. Can we get a Press Ticket next time?

Posted by The Bergstrasse Cyclist at 9:39 pm