We are gradually uploading all our photographs and books to a cloud based system, just in case we have serious computer problems - the legendary Coca Cola drinking, peanut butter eating puppy comes to mind. We are using a number of different files in our cloud and so have been looking through our old photographs. I have just found the photographs we took on our trip through Belgium or more exactly Flanders in 2003 (www.fietsroute.org/indexuk.php). It was an excellent twelve day trip from Maastricht back to Maastricht with in part superb Knooppunt signposting. I suspect it is all now signposted in this way. 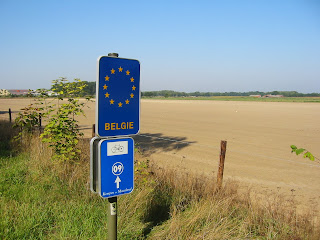 Historically, it was an interesting trip with visits to Waterloo and Ypres. One does get the impression that although Napoleon lost at Waterloo, the locals seem to think he should have won. There is little mention of Wellington. The main monument is the Lion's Mound (or "Lion's Hillock", "Butte du Lion" in French, "Leeuw van Waterloo" in Dutch). It is a large conical artificial hill raised to commemorate the location where the Price of Orange (William II of the Netherlands) was knocked from his horse by a musket ball to the shoulder during the battle. 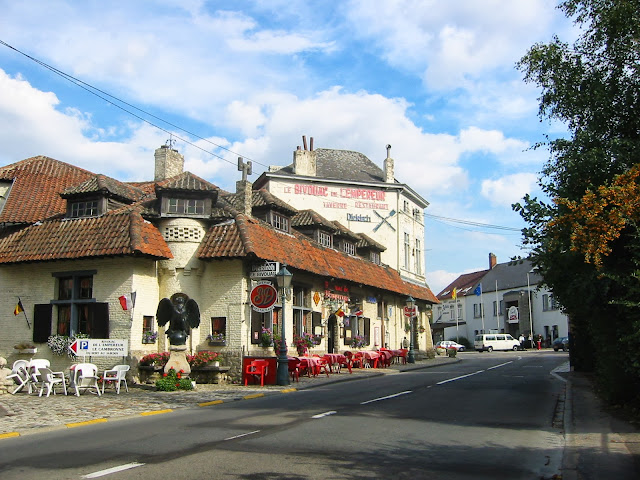 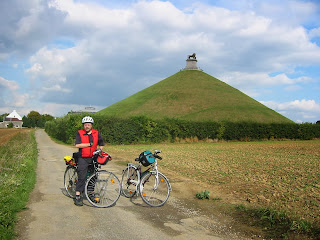 It is difficult to get away from WWI in West Belgium. We found the Peace Cycle Tour from war memorial to war grave cemeteries in Ypres very moving and even more so when we returned on a wet November day. 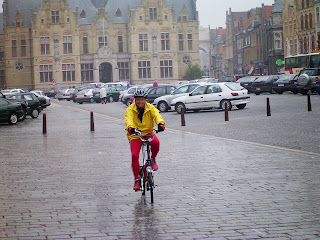 We were surprised to learn there were cyclist regiments who acted as a quick response force along the flooded sections behind Ostend in 1914 and 15.

Farther north on the River Schelde we and many other cyclists made good use of the ferries. 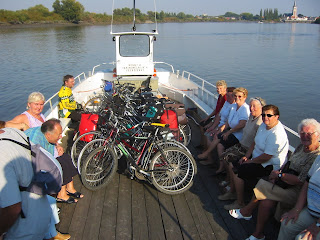 The food was very good. The chocolate was magnificent. The chips (French Fries) were excellent and came in washing up bowls and then the beer, aaah! the beer was wonderful. 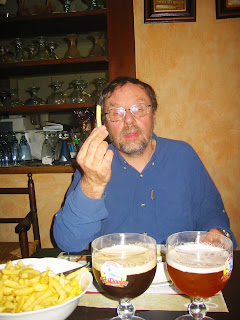 Posted by The Bergstrasse Cyclist at 1:14 pm